How to Handle Divorce with a Prenuptial Agreement 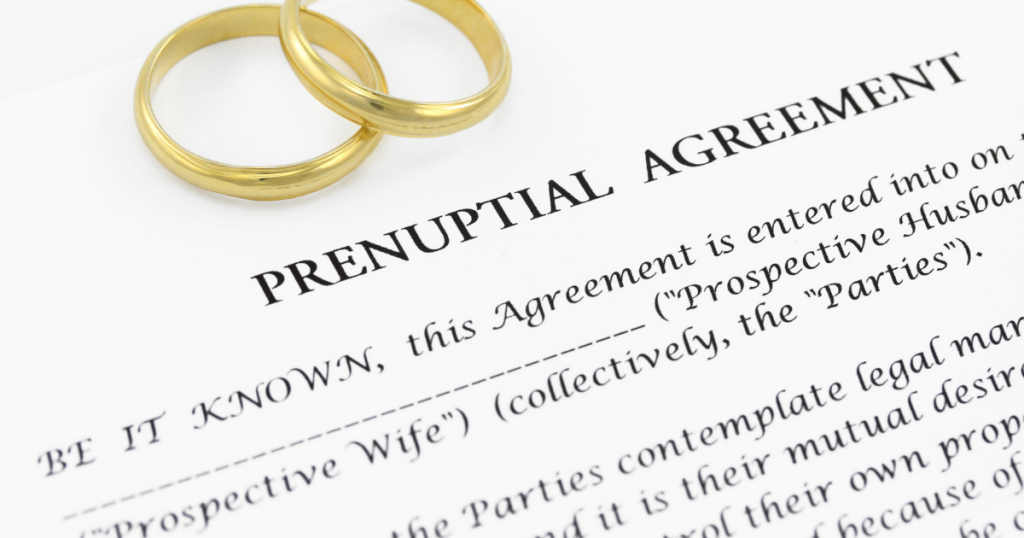 How to Handle Divorce with a Prenuptial Agreement

Having a prenuptial agreement in place at the time of divorce is intended to help save potentially invested time and money during the divorce proceedings. However, if one spouse challenges the terms of agreement during divorce, it can also become much trickier to settle.

What is a Prenuptial Agreement?

A prenuptial agreement (also known as a prenup) helps couples prematurely agree to terms and conditions that protect their premarital assets in the event of a divorce. Prenuptial agreements are agreed upon before a couple’s marriage.

There are many reasons a couple would make a prenuptial agreement including:

If one spouse rejects the agreement during divorce, you will need to assess your legal options for proceeding with an experienced divorce lawyer.

Are Children Part of a Prenup?

Child custody cannot be part of a prenup. A judge during divorce proceedings will determine how to deal with child custody that best suits the wellbeing of the child or children.

In addition, parental responsibilities cannot be part of the agreement. Child support is determined by a judge during the divorce. However, to add onto that, both spouses will always have the right to provide financial support to that child, despite the child support settlement.

What Happens to Children from a Previous Marriage?

In a prenup, spouses agree to how assets and property can be shared. Within that agreement, children from a previous marriage can inherit their designated share of assets in the event of the death of one of the spouses.

Can a Prenup Be Contested?

Yes. A prenup can be contested if that spouse can successfully argue against its validity. An experienced attorney can work with you to either contest a prenup or defend the validity of a prenup, depending on which side of the argument you are on.

Some of the reasons that a prenup might not be valid in the state of Massachusetts include:

For “Lifestyle” clauses, Massachusetts courts find them hard to prove and are often determined as unfair or unreasonable, leading them to be invalid.

Prenups can have a “no alimony” clause, which states that both parties agreed not to have to pay alimony because they can both support themselves. However, during a divorce, the judge will still assess their situations at the time of the divorce despite this clause.

At the time of marriage, both spouses might have been in a financially stronger spot than they are at the time of divorce. In addition, if they have children, that might impact their ability to support both themselves and the children.

Even if both parties agree to the “no alimony” clause at the time of the divorce, a judge will still take other factors into consideration before deciding to honor it.

Do You Always Need An Attorney for a Prenup?

Yes. For both the creation of the prenup and handling the prenuptial agreement for divorce, it is always recommended to have an experience attorney with you. They understand the legal proceedings of both marriage and divorce and will be able to best represent you during these times.

Having an attorney present during the handling of a prenuptial agreement can save you time, money, and energy. Divorce proceedings are hard enough to handle, and you already might have a lot going on without struggling to understand the ins and outs of divorce legal matters.

The information contained in this blog is for general information purposes only. Bonville & Howard assumes no responsibility for errors or omissions in the contents of the blog.

In no event shall Bonville & Howard be liable for any special, direct, indirect, consequential, or incidental damages or any damages whatsoever, whether in an action of contract, negligence, or other tort, arising out of or in connection with the use of this blog or the contents of this blog. Bonville & Howard reserves the right to make additions, deletions, or modifications to the contents of this blog at any time without prior notice.