Car Accidents in the Snow: Who Is Liable?

When the weather is bad, the roads can be slippery. Ice and snow in a blizzard can cause your vehicle to lose traction easily, even if you are barely driving over 10 mph. In hazardous conditions, car accidents can happen. But, when they do, who is liable? The answer varies depending on each unique situation… 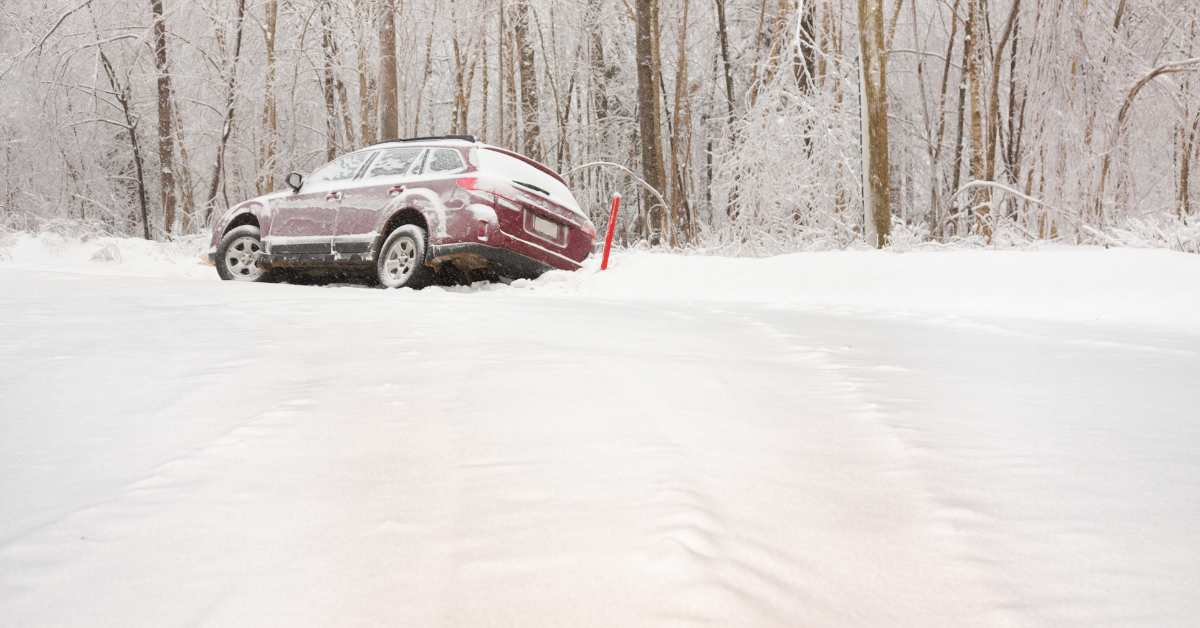 Massachusetts Car Accidents in the Snow

In 2022 alone, at least 5,797 car accidents in Massachusetts were reported due to snowy road conditions. The state of Massachusetts advises to avoid driving whenever possible during extreme weather conditions that could cause the roads to become more hazardous than usual. Town and statewide snow preparation does not guarantee safety on the roads.

In most cases in Massachusetts, the driver responsible for the accident is liable when it comes to car accidents in the snow. If a car loses control of the brakes and slides down a hill, hitting your car, they are liable, even if they could not control their car because of the snowy condition. For anyone else to be liable in this situation, you would have to prove that someone else’s negligence had direct involvement in the accident.

Can I Sue My Town If My Car Slips on Ice?

While it is possible to sue your town for the slippery road that cause injuries or damages, it may be difficult to prove that you have a case. Generally, towns have immunity laws preventing them from being involved in such lawsuits when the weather is bad. This means that you must prove the town was negligent in maintaining safe roads given the weather condition.

In the case of snowy weather, you would need to prove that your town failed to take the right preventative measures against the storm. You would have to show that the town should have known how bad the road conditions would be in order to prevent it. Towns have plans in place for preparing the roads for poor conditions, including salting the roads and providing people in the town with accessible information and warnings about the weather. Because of this, it is difficult, but not impossible to sue your town for slippery conditions.

Massachusetts Title XIV Chapter 84 Section 17 is one example of a law that precautions against suing the town for poor road conditions during wintery storms. Under this law, a county, city, or town is not liable for injury or damage “sustained upon a public way by reason of snow or ice theron, if the place at which the injury or damage was sustained was at a time of the accident otherwise reasonably safe and convenient for travelers”.

Massachusetts Laws for Snow and Ice

There are plenty of Massachusetts laws for snow and ice that provide safety precautions before, during, and even after storms. For example, towns in Massachusetts may create bylaws relative to handling snow and ice on buildings and sidewalks.

For driving, Massachusetts law states that the driver who caused the accident during snow, rain, ice, or other bad weather conditions is liable.

Who Is Liable If I Avoided Hitting Another Car?

Say you were driving down the highway when you spotted two cars who had collided ahead of you. To avoid hitting them, you either had to quickly switch lanes or hit the brakes. However, in bad weather, the highway is slippery. Even going at a slow speed is not a guarantee of safety. Because you hit your brakes to avoid the cars in front of you, you ended up spinning out and hitting the guardrail on the side.

Who is at fault?

While you may think that it is the fault of the two cars ahead of you who had unexpectedly blocked your path, the answer may not be so clear. If you did not hit the cars in front of you, according to Massachusetts law, your accident was technically your fault. You are the at fault driver for your single car accident, while the two cars who collided in front of you have a different accident from yours entirely. So, you would not be considered part of a multi-car accident.

Is It Illegal to Pass a Snowplow?

When driving in the snow, Massachusetts advises to take precaution when navigating near snowplows on the road. Snowplows can be an additional hazard on the road, especially when cars try to take advantage of the newly plowed road behind them. Always drive slowly behind one with a gap of at least 200 feet between you and the plow in front of you.

You should never attempt to pass a snowplow. This can be extremely hazardous in slippery conditions, especially when they are actively plowing. You should always be aware of their speed to never get too close. It is safer to have a larger distance between you and a plow.